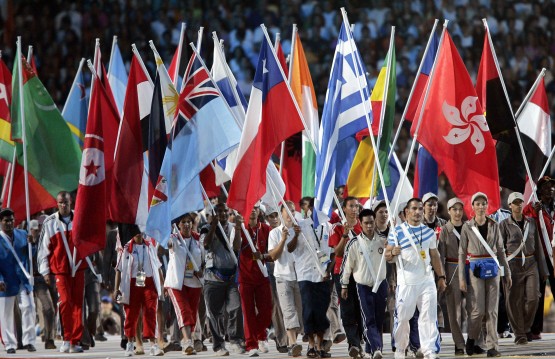 The International Olympic Committee launches an appeal for the observance of the Olympic Truce and relayed it to the United Nations (UN) in order to have a greater impact. Since 1993, the UN General Assembly has repeatedly expressed its support for the IOC by unanimously adopting, every two years (one year before each edition of the Olympic Games), a resolution entitled “Building a peaceful and better world through sport and the Olympic ideal”. It was additionally negotiated with the United Nations to allow athletes of the Former Republic of Yugoslavia to participate in the Games of the XXIII Olympiad in Barcelona. AFP PHOTO JEFF HAYNES