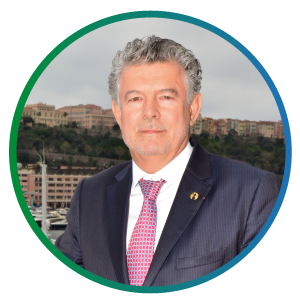 President and Founder of Peace and Sport, 2007

Joël Bouzou is the President and Founder of Peace and Sport. Throughout his life he’s always had a strong link with sport, as well as the peace-through-sport movement. The Modern Pentathlon World Champion in 1987, he competed in Olympic Games in Moscow in 1980, Los Angeles in 1984, Seoul in 1988, and Barcelona in 1992 winning the team bronze medal in 1984. In November 2011, Joël Bouzou was elected President of the World Olympians Association (WOA), the only international organization which unites all 100,000 athletes from 145 countries who have competed in the Olympics.

Joël is the Current President of the French Federation of Modern Pentathlon and Vice President and former Secretary General (1997 to 2012) of the Union Internationale de Pentathlon Moderne (UIPM). In 1991, Joël Bouzou founded a French association called “Rassemblement par le Sport” (“Together through Sport”) and created the “Champions in the Street” program, which uses sport to help the social insertion of young people in inner-city suburbs, involving champions as role models.

He has been awarded the Legion of Honour (the highest decoration in France) and the National Order of Merit. He has also been decorated with the French ‘Médaille d’Or de la Jeunesse et des Sports’ (‘Gold Medal for Youth and Sports’).

In 2019, he was appointed “Ambassador at Large” for the International Council of Traditional Sports and Games (ICTSC) which contributes to the convention for the safeguarding of intangible cultural heritage, voted by UNESCO in 2003.

Mr Bouzou is currently an Advisor to H.S.H. Prince Albert II of Monaco, Administrator of the A.S. Monaco Football Club and Member of the IOC Sport and Active Society Commission. 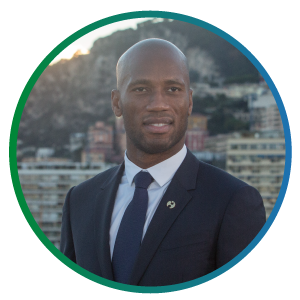 Vice-President of Peace and Sport, 2018

Didier Drogba is the Vice President of Peace and Sport. After 25 years as a successful international football player, the all-time top scorer from Cote d’Ivoire decided to continue his long-time commitment to promoting peace through sport. In 2005, having led his country to qualify for the World Cup, Drogba picked up a microphone in the dressing room and, surrounded by his team-mates, fell to his knees live on national television. He begged both warring factions to lay down their arms and, within a week, his valiant wish had been granted. Two years later, in 2007 he created The Didier Drogba Foundation, whose mission is to facilitate health and education within vulnerable populations. His social engagement led him to be nominated as a Champion for Peace in 2017 and he visited Cartagena de Indias, Colombia, under this title to inspire more than 150 young Colombians during a ‘Sport Simple’ beach soccer and rugby tournament. In 2018, he decided to push his commitment even further and became Vice President of Peace and Sport.
Close 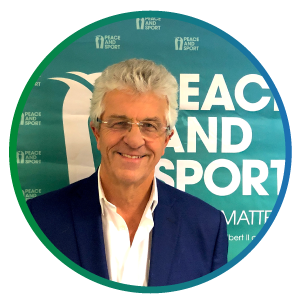 Georges Vanderchmitt is the General Secretary of Peace and Sport since the creation of the organization in 2007 and President of Peace And Sport France. He is Conseiller Maître Honoraire à la Cour des Comptes and was Founder President of Carat Sport, a sports marketing agency (2000-2012). He had previously presided over two state-run companies in the media area, the French TV Channel France 2 (1992-1994) and the SOFIRAD (1995-1998), that administers state participation in various radio-broadcasting (RMC) and audio-visual production and distribution companies in France. He also was Deputy Minister for Youth and Sports (1994-1995)
Close 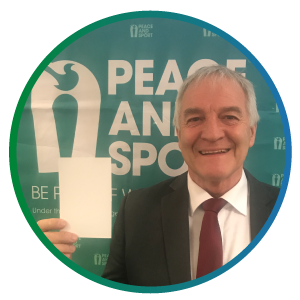 Michael Geistlinger has been Peace and Sport’s Administrator since 2009. Apart from this role, he is also Professor of international public law, comparative constitutional law and Eastern European law at the University of Salzburg and author of many academic publications. He has acted on behalf of the Organization for Security and Co-operation in Europe, the United Nations in conflict resolution, and he was an arbitrator at the Court of Arbitration for Sport in Lausanne. He has also held several positions in international organizations such as the Anti-Doping Division for the 2016 Olympic Games in Rio de Janeiro as well as posts in universities such as the Mozarteum University in Salzburg.
Close 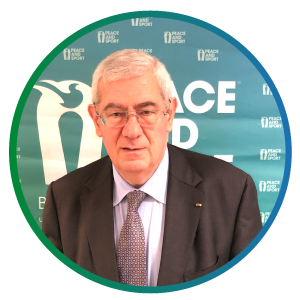 Henri Fissore has been an administrator for Peace and Sport since 2014 and he is also Ambassador to H.E. Mr Serge Telle, Monaco’s Minister of State. He has held several positions in Monegasque public institutions: Inspector General of the Administration in February 1993, he was elected as a member of the National Council at the same time. In 1995, he joined the government as the Advisor for Finance and Economy until 2000, and was appointed Government Advisor for External Relations in 2006. Henri Fissore has also held several diplomatic posts over the course of his career. He has been Chairman of the Board of Directors at Monaco’s Congress and Cultural Centre, the Grimaldi Forum, since October 2017.
Close 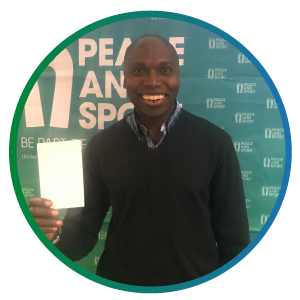 Born on the high plains of Kenya, Wilson Kipketer, Peace and Sport ‘Champion for Peace’ since 2009, is one of the best athletes in the history of track sprinting. His world record remained undefeated for 13 years before being beaten by David Rudisha. Now retired, he is involved in business development in his home community with Peace and Sport’s help.
Close 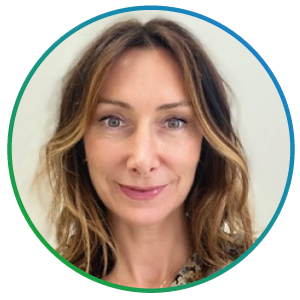 Vanessa Tubino has been appointed as Treasurer of Peace and Sport in 2022; chartered accountant and auditor in Monaco, she is also part of the Council for the Public Order of accountants in the Principality. She is treasurer of different charity organizations as well as board member of several local Institutions (ie finance, culture, environment). She was auditor of A.S. Monaco Football Club for many years and part of the Monegasque tennis team in her youth. Due to her profile, Vanessa Tubino naturally joined Peace and Sport as an expression of her passion for sport and her commitment to peace.
Close