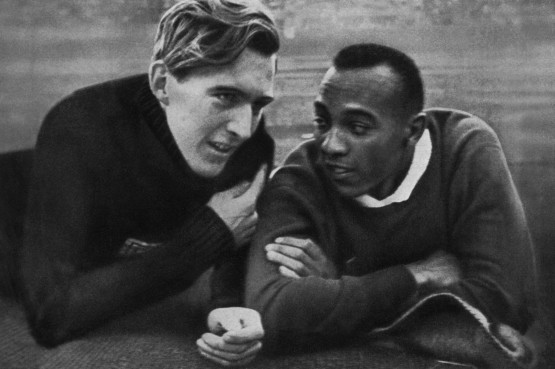 A historic moment during the 1936 Olympic games in Germany. Jesse Owens, an American long-jumper and his biggest rival Carl Ludwig “Lutz” Long, a German long-jumper united through sport in a context that should have pushed them apart. Having already qualified for the finals, Luz Long advised Jesse Owens who was struggling to qualify with one last jump remaining to jump from a spot several inches behind the take-off board so as not to be disqualified for his last jump. Jesse Owens took his advice and qualified. Owens went on and defeated Luz Long in the finals to take the gold. Luz Long and Jesse Owens went on to run a victory lap to the dismay of Hitler.