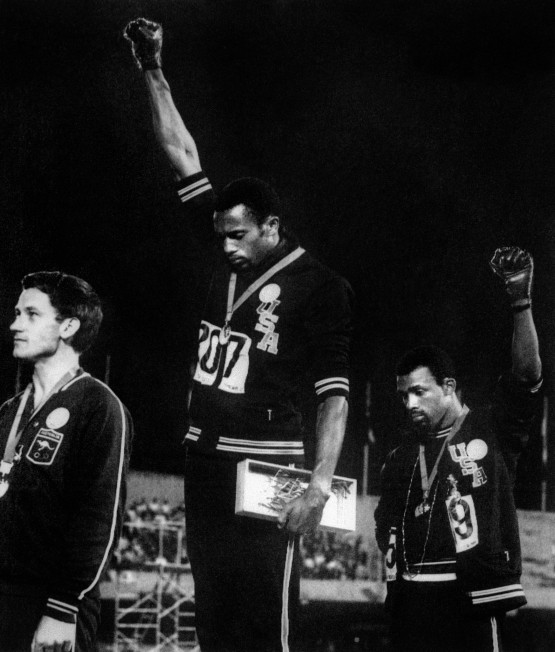 Black power salute on the podium

US athletes Tommie Smith (C) and John Carlos (R) raise their gloved fists in the Black Power salute to express their opposition to racism in the USA during the US national anthem, after receiving their medals 17 October 1968 for first and third place in the men’s 200m event at the Mexico Olympic Games. Sporting role models are here again?a great way to challeng the status quo.