The town of Pinga in the DRC has been the site of horrific violence. Rebel groups and government forces clashed there as part of the country’s ongoing civil war, and residents were devastated by the impact. It’s no surprise that tension remains between the main groups in the small town in North Kivu.

When I spoke with Rigobert Luhinzo, over a crackly Skype connection from Goma, he told me that when his team from global organisation Search for Common Ground (SFCG) got to Pinga the relationship between Nyanga and Hunde communities there was at breaking point. Neighbours were no longer talking to each other, were no longer going to the same central locations, and were refusing to have any sort of contact with each other.

As the editor of Peace News, I hear similar versions of this story daily. Peace News is a media platform that reports on the “other side” of conflict – war reporting often concentrates on the most violent stages of conflict, but rarely on the before and after factors. The reconciliation work required by communities rocked by violence, like the post-conflict situation in Pinga, is often ignored in mainstream media. We fill that gap, providing stories from the perspective of peace-builders.

Opening a direct dialogue about the conflict Pinga wasn’t really an option for the ethnic groups there – so instead, SFCG organised a soccer match. It was a first step towards bringing people together, establishing some sort of communication. It wasn’t peace talks, it wasn’t justice tribunals, it wasn’t trauma counselling. While all of these elements can help heal a post-conflict society, the first step – the very first – is building trust again, and in this case it was done through sport.

With teams made up of half of one group, and half of another, a community that was otherwise in conflict began to speak with, rely on, and work with, each other in a very real and concrete example. One soccer match won’t solve the problems the people of Pinga face, or the immense task they have ahead of them in the recovery after war, but without that first step they can’t even begin.

We can take that example and put it in any conflict zone. Soccer has been used to counter divisive nationalism in Balkan states. In Lebanon sport has been used to de-escalate tension between overwhelmed local populations and Syrian immigrants, in areas struggling to support an influx of refugees. With recently inflamed debates about immigration, social cohesion is a prominent issue, and sport can be a way of achieving this.

At an International Forum on Sport, Peace and Development, UN Secretary General Ban Ki Moon described the power of sport as a “world language”, a “common denominator” that crosses cultural divides. This won’t be a surprise to those of you who work in the field of sport, development, and peace-building – you will have seen your own examples. What you might not know is how wide-spread the phenomenon is, and how applicable it is to post-conflict regions. I have the fortunate position of hearing these examples from all over the world.

Before anyone jumps to the conclusion that I am referring only to developing nations, or the (somewhat misguided label of) ‘global south’ economies, consider that it was a ping-pong tournament in 1971 that thawed icy relations between the United States and China, leading to the restoration of full diplomatic interaction. Or ask yourself: Could sport (at a grassroots level) be used to de-escalate political divides in the US right now?

I believe sport has a major role to play in diminishing tension, promoting non-violent solutions, and has a special way of breaking down barriers. Sometimes, it seems, it may be the only way. 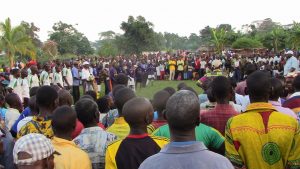 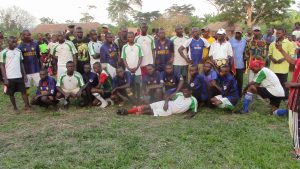