Building bridges between Cuba and the U.S through rugby

Sport is an effective tool for ameliorating diplomatic relations and exceeding social, economic and cultural differences. With that thought in mind, Rugby Sin Fronteras (Rugby without Borders) foundation has organized the first rugby match between the U.S and Cuba teams since diplomatic ties were restored on 20 July 2015.

Last Sunday, American and Cuban players came together to participate in an emotive rugby game named “Encuentro por la Paz” (Meeting for Peace) under the motto “Respect and Peace”. As a symbol of reconciliation and peacebuilding between these two nations, players embraced each other, scrummed and pushed down together towards the same direction.

In a world loaded with tension, hostility and political disagreements, sporting events represent a window of opportunity for peace and reconciliation movement. The spirit and values of sport, as seen in a rugby case, can build a sense of shared identity and friendship among individuals that might otherwise be inclined to treat each other with mistrust, resentment or violence.

Rugby is a sport that teaches lifetime values such as respect, self-control, teamwork, solidarity, respect and love. These core values play a key role humanizing others, while highlighting the similarities rather than the differences among people. Anybody who is able to focus and look for the similarities rather than the differences is contributing in the construction of sustainable peace.

Fostering a culture of encounter

Since 2009 Rugby sin Fronteras has been promoting a culture of peace through actions that fosters public awareness on the power of sport to accomplish social good, training, and creating high-impact events that show the most human essence of rugby. In 2015, British and Argentinian war veterans participated in a rugby match and proved decidedly that politics and historical conflicts have no place in a sports field. Whilst in 2014, a rugby match in the Gaza Strip between Palestinian and Israeli teams demonstrated that even in one of the most complicated geopolitical contexts sport can bring hope and transcend borders and security rivalries.

The power of sport is not only in creating healthy competitions and motivating tireless players, but also in the possibility to unify. Yesterday, sport demonstrated, one more time, its great capacity to forge social change and peace. In 80 minutes match Cuban and U.S players contributed in breaking the ice formed over 54 years of silence. 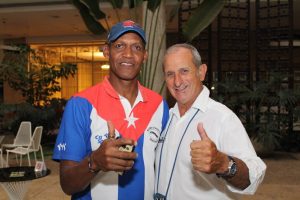 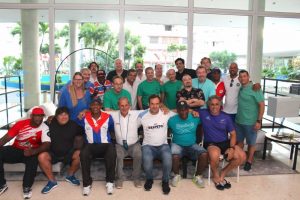