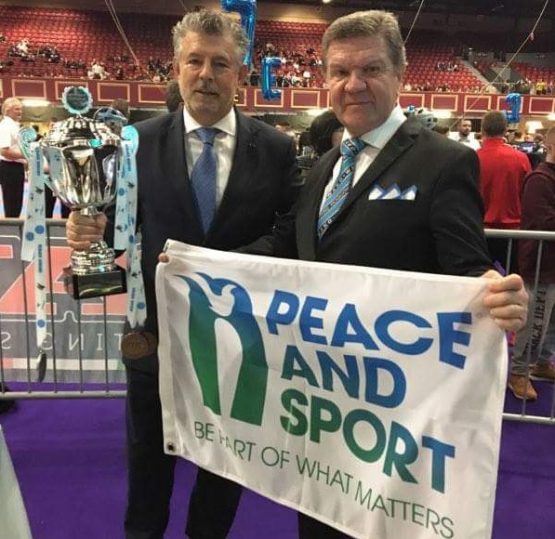 More than 4,000 athletes committed to social change gathered from 2-5 March in Dublin for the 2017 Irish Open International, an event organized by the World Association of Kickboxing Organizations (WAKO) in collaboration of Peace and Sport.

Three months after signing a partnership to use and promote kickboxing as a tool for peace and social integration, WAKO and Peace and Sport started their concrete cooperation in Ireland supporting the Irish Society for the Prevention of Cruelty to Children (ISPCC).

This year, once again, athletes, referees and the martial arts community participating in the Europe’s largest kickboxing tournament accepted to donate the event’s profits to the ISPCC, Ireland’s national child protection charity.  In the last three years alone this event has raised over €46,000 for the Children’s Charity. In a sporting arena international fighters and young athletes have the opportunity to compete against fighters of the same level.

During this edition, WAKO representatives and fighters also got mobilized around the International Day of Sport for Development and Peace taking place on April 6 and accepted to participate in a massive way in the #whitecard campaign. The WhiteCard, a Peace and Sport digital campaign, is a symbol of commitment to peace efforts worldwide through sports.

Joël Bouzou, President-Founder of Peace and Sport declared during the event: “Peace and Sport sets itself the objective to further the progress of Peace through Sport. We are today very happy and proud to work with WAKO in this noble vent and hope that many new athletes and beneficiaries will learn from kickboxing values.”

Roy Baker, Chairman Irish Open Organizing Committee affirmed that “Peace and Sport is a strategic partner with WAKO IF and something we believe aligns itself with our chosen charity and the unique nature of the Irish Open contributing annually to society in support of vulnerable children”

In addition to this first step of collaboration, WAKO and Peace and Sport will also start cooperation on other activities, such as the field programs in Madagascar and in the Great Lakes region. 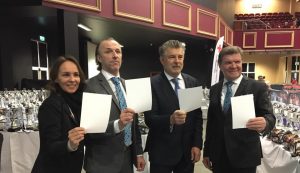 Peace and Sport – L’Organisation pour la Paix par le Sport is a neutral and independent organization based in the Principality of Monaco, which works to promote sport as a tool for peace. Founded by current President Joël Bouzou in 2007, Peace and Sport is a global initiative under the High Patronage of His Serene Highness Prince Albert II of Monaco. Peace and Sport acts to put sport at the heart of concerted, effective and relevant political action, to make sport a catalyst for peace.

WAKO has got 127 affiliated members with over 4 million practitioners in all five continents. More than 80 countries are recognized either by their NOC or by their national sports authority.

With its different disciplines kickboxing offers the possibility to both men and women to chose “your own style” according to weight, age, sex or physical condition of each individual.

WAKO is officially recognized and member of CIFP, AIMS, SPORTACCORD, IWGA, Peace and Sport, OCA and are fully compliant with WADA.

WAKO will participate in World Games in Wroclaw 2017 as an Invitational Sport.