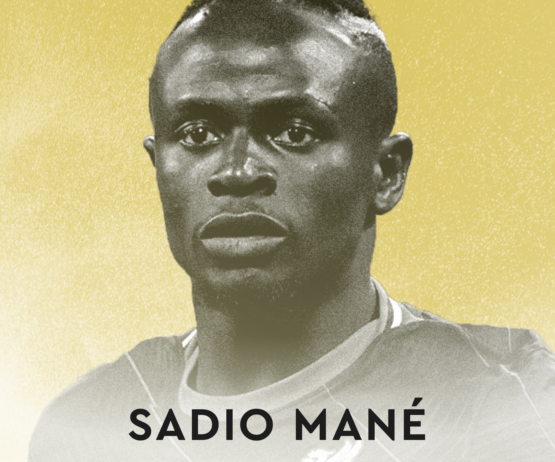 More than ever, football and footballers’ media exposure implies assuming a social responsibility.Inspired by the incredible career of the Doctor and Brazilian football player Sócrates Brasileiro Sampaio de Souza Vieira de Oliveira, the Socrates Award has been created by L’Equipe Group and Peace and Sport to reward the best solidary actions carried out by engaged football players.

On October 17th, during the 66thBallon d’Or ceremony in Paris presented by Sandy Heribert and Peace and Sport’s Vice-President Didier Drogba, Bayern FC striker and member of the Senegalese Football team, Sadio Mané received the first edition of the Socrates Award.  The jury was composed of 6 members : Rai, former captain of PSG and the Seleção, Sóstenes, General Director of the “Gol de Letra Foundation”, Joël Bouzou and Jean-Jérôme Perrin-Mortier, President-Founder and General Director of Peace and Sport, and Jérôme Cazadieu, Editorial Director of L’Equipe and France Football and Pascal Ferré, Editor-in-Chief of France Football.

In addition to his impressive sporting career, Sadio Mané has contributed to positive social changes through projects aiming at common good, especially in Bambali, his home village in Senegal. Over the past years, he has contributed to the construction of a hospital and a secondary school in Bambali.  Furthermore,  he has significantly supported Senegal’s efforts to its fight against COVID-19.

“I am very happy to win this award. It is something very special and it motivates me to give my best on and off the field. I want to thank my family and my teammates. With this trophy, I will redouble my efforts on the pitch. Doing my best for all these people was a kid’s dream. I know where I come from and I know my reality. I try to do the best I can. »

Joël Bouzou, President and Founder of Peace and Sport and Jury member of the Socrates Award, said:

« Rewarding the best players not only for their performances but also for their commitment to a more inclusive and peaceful world is a big achievement in line with the changes in our society. Sadio Mané is a true source of inspiration and I warmly congratulate him for his significant contribution to positive social changes.”

“Sadio Mané is a model of humility. Through his commitment and the values he embodies, he is an example for the youth and particularly for the African and Senegalese youth”.

Rai, President and Founder of the Gol de Letra Foundation and brother of Sócrates, said:

“The creation of the Socrates Award is a milestone for athletes around the world. This Award invites them to be mobilized for the construction of a fairer world. I salute the commitment of Sadio Mané, a symbol of African youth and of Senegal in particular. His efforts to improve young people’s education and health in his home region, Casamance, are an example for footballers and citizens around the world.”

“Runner-up to Karim Benzema in the 2022 Ballon d’Or ranking, Sadio Mané has climbed up to the top of the Socrates Award for his commitment to his community. He has subsidized a hospital in his childhood village in Senegal and supported youth football teams, particularly for girls, to give them equal access to sport. We are very to have him as the first winner of this new award which celebrates the footballers’ social engagements.”

About Peace and Sport:
Peace and Sport is an international organization under the High Patronage of H.S.H. Prince Albert II of Monaco, and is aware that athletes are also citizens who can play a role in society. In 2009, Peace and Sport created the Champions for Peace Club, a group of more than 120 athletes representing over forty nationalities from all five continents. Heroes, role models and sources of inspiration for young people around the world, they dedicate part of their time, their fame, and their experience as athletes to field projects using sport to address social, economic, and educational issues.

About the Ballon d’Or:
Since 1955, France Football, owned by the L’Équipe Group, has organized the Ballon d’Or, the world’s most prestigious individual award. This trophy rewards the best male and female football players of the season. During this ceremony, the Kopa Trophy (best young player), the Yachin Trophy (best goalkeeper), the Gerd Müller Trophy (best striker) and the Club of the Year Prize are also awarded.