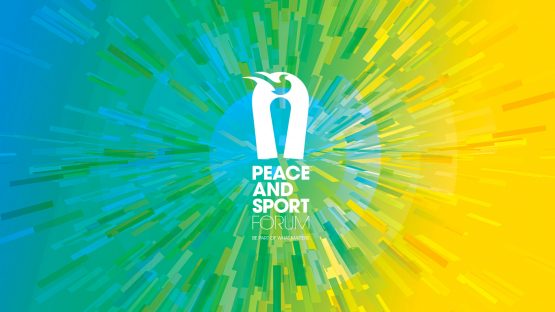 The Peace and Sport Forum will leave a sustainable impression

The 9th Peace and Sport Forum in Monaco ended on Friday.

There’s no doubt that it will be indelibly etched in the history of the movement that began a decade ago through the quality of debates, the impact of past and future projects, the overwhelming commitment of delegates – particularly Champions for Peace – and the far-reaching symbols it generated.

“Peace and Sport is an international platform for opinion and action where speech is open and the main concern is that projects are concrete” insisted Joel Bouzou, President and Founder, in his closing speech.

This inspiring opening was further enhanced on Thursday when the theme of Sports Diplomacy was discussed:

A Russian and Ukrainian athlete competed in a friendly Taekwondo competition watched by Marc Attali, Plenipotentiary Minister at the Embassy of Israel, and Dr Manuel Hassassian, Palestinian Ambassador to London, sitting side by side, who proclaimed their common belief in the values of sport to provide solutions where weapons have failed.

“Sport for peace works” said Joël Bouzou. “And we are aware of the responsibility that this means for us because the peace through sport movement is gaining momentum.”

There are several important and unifying projects planned for 2017, such as:

“We hope that these actions will inspire many others” concluded Joël Bouzou.

The Peace and Sport 2016 Awards were presented during a splendid Gala Evening.