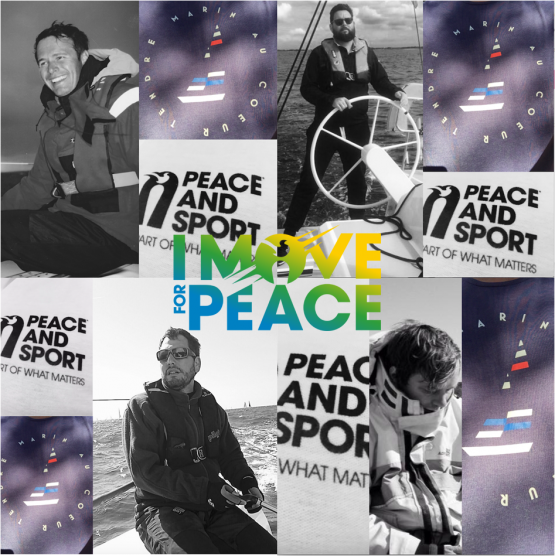 Following their intensive preparation for the ArMen Race and the related awareness-raising campaign, it was with great pleasure that the ‘Kind-hearted Sailors’ team made up of Laurent Dupont, Charles-Antoine Grizon, Benoit Perrot and Antoine Dupont presented a cheque for € 2 500 to Peace and Sport.

Launched in 2011 by the sailing club in La Trinité sur Mer, the ArMen Race is a non-stop tactical course from 300 to 360 miles, open to professional and amateur sailors alike. The start line of this crew or double-handed race is in La Trinité-sur-Mer. Once again this year, some of France’s greatest seafarers will take part, including François Gabart and Jérémie Beyou.

At the end of 1 day, 9 hours and 45 minutes of sailing, the Kind-hearted Sailors took 5th place in their ArMen Race Night category, aboard their 8.5 POGO mono-hull.

Above and beyond the sporting challenge, they were keen to give an altruistic dimension to the race by participating in the #IMoveforPeace initiative which gives all sportsmen and women the opportunity to take action for Peace and Sport’s field programs. This is why they decided to raise money for the Sports Workshops and proudly flew the Peace and Sport flag on their boat. 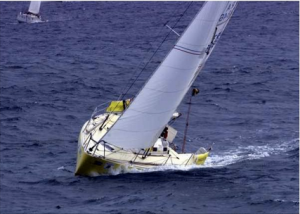 The crew participated in ArMen Race on 25 May to raise funds for Sports Workshops, in association with the French Legal Protection for Youngsters body (PJJ) whose beneficiaries are juvenile delinquents and offenders.

The Sports Workshops aim to put the values of sport at the service of individual socio-professional projects, thus meeting 2 major aims:

Using the ‘I Move for Peace’ crowdfunding site, the four-man team raised € 2 500, which will enable Peace and Sport to organize new Sports Workshops.

The next sessions will take place in Occitania, at the initiative of international rugby legend Imanol Harinordoquy, and the first man to win an Olympic medal for Togo, Benjamin Boukpeti. They were happy to be involved in this campaign in order to benefit their respective communities to entice people to support the ‘PeaceMovers’ team. 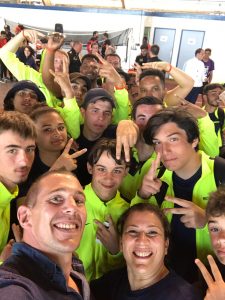 You too can support the Sports Workshops with I Move for Peace!

Following the example of Etienne Mouisel who raised over € 4,500 in 2016, the ‘Kind-hearted Sailors’ collected €2,500 for the Sports Workshops. 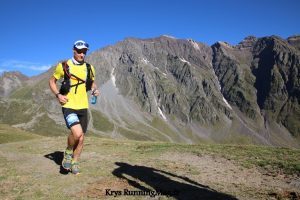