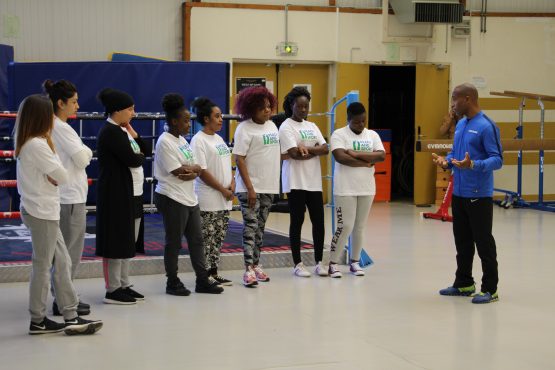 Today it’s all action! Our 17 participants have been divided in 2 workshops: the boys are going to taste the joys of climbing while the girls are headed to the gym. Fred, the sports teacher, supervised this initiation process then began the essential warm-up. 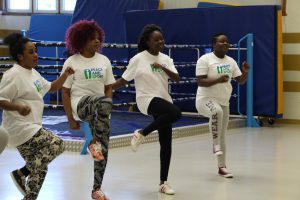 Music punctuated every movement, which were short and reduced for the less diligent to become a slight rocking movement from one foot to the other. Oddly, Fred seemed to be satisfied with this. But the participants didn’t really know him because he suddenly stopped the session. His approach was one of ‘polite authority’ whereby everyone received their share of “constructive criticism”. Ten minutes later, the group was moving in unison. Following boxing exercises that preceded the distribution of gloves. 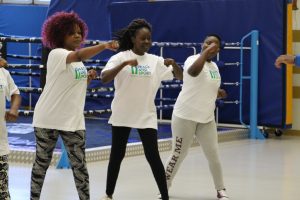 Our boxers got into position to fight a rather static opponent: a sand punch-bag. With good humour, all the girls learned how to relax their arms, and to double or triple their punches as well as kicking their punch-bag opponent. All movements required coordination of their limbs in limited space. 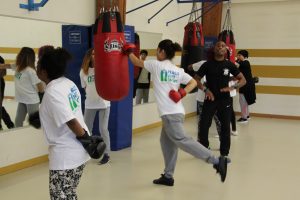 Kevin, the trainer who will be with the group for several months, was pleased by the rapid improvement of his protégés, who were able to master every new challenge from Fred, each at their own pace. 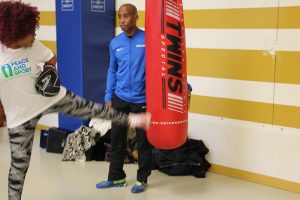 In the coach on the way back, smiles lit up their faces. Their satisfaction was unquestionable.

Climbing is on next week’s agenda.

Find here the summary of the third day.