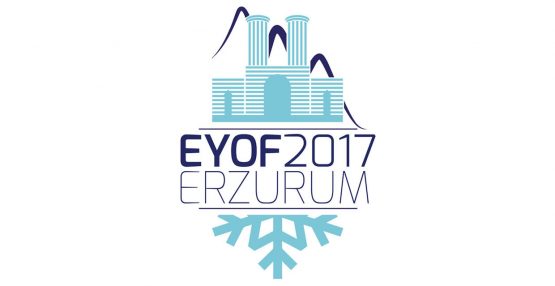 Peace And Sport shows its support for the European Youth Olympic Festival (EYOF) taking place in Erzurum (Turkey) from 11 to 18 February 2017. This event represents the equivalent of the Olympic Games for athletes between the ages of 14 and 18, selected by the 48 European National Olympic Committees. They were created in 1990 under the impetus of Jacques Rogge, at that time President of the International Olympic Committee. This edition will be one of the most symbolic because it will take place in a country struck by a wave of terrorist attacks in 2016.

For the past 10 years, Peace and Sport wishes to sensitize young people and support their involvement in the peace through sport by making them understand that sport is more than just physical performance and that it can truly enrich society.

During last edition in 2015 in Vorarlberg (Austria), responding to a call from the event’s organizers, Peace and Sport organized #TheCareSquare, an awareness-raising and fundraising campaign aimed at supporting the African Great Lakes Friendship Games that took place in Bugarama (Rwanda). 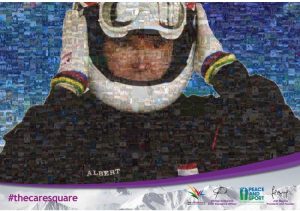 1,906 photos were sold during the Festival. The photos, appearing as pixels as part of a larger poster, merged together to gradually reveal a mystery image. The image was unveiled in full at the Closing Ceremony of EYOF 2015. The image was of H.S.H. Prince Albert II of Monaco, Patron of Peace and Sport, and shows the Sovereign competing in the bobsleigh event at the Olympic Games.