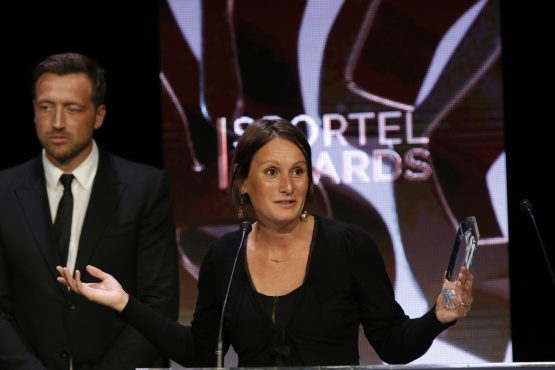 Peace and Sport and SPORTEL have renewed their partnership for the second year running.

The Peace and Sport – SPORTEL Documentary Prize, which rewards a filmmaker who, through a video clip or a movie, emphasizes the positive role of sport in peace promotion, will be awarded during the 2016 SPORTEL Awards ceremony, held in the Principality of Monaco on 25 October.

You can apply now through the SPORTEL Awards website. The winning documentary will be shown to the delegates of the Peace and Sport International Forum, on Friday 25 November.

Last year’s winner was Marion Poizeau, for her documentary Into the Sea, which shows the journey of three women, Irish surfer Easkey, Iranian snowboarder Mona and Iranian driver Shalha who are introducing a new sport in Iran : surfing. All three share a belief in the power of sport, especially surfing, as a way to break down barriers and connect with others. The film shows how these young are encouraging more people to join them, bridging cultural and gender divides in a remote part of Iran.