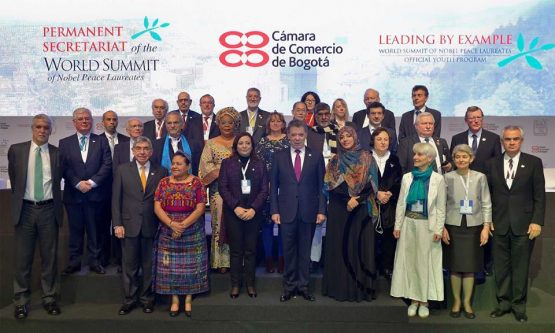 A renowned actor in the world of sport, Peace and Sport is intensifying its presence in the world of peace during the XVI World Summit of Nobel Peace Laureates which for the first time will be held in Latin America, in Bogota (Colombia) from 2-5 February 2017. After welcoming three of the four Tunisian winners of the 2015 Nobel Peace Prize at the Peace and Sport International Forum last November, this participation marks a new step forward in the Monaco organization’s development as well as in acknowledging the power of sport as a tool to build sustainable peace.

For the first time in its history, Mr Joël Bouzou, Peace and Sport’s President and Founder, will make a presentation during a session. He will talk about the message that Peace and Sport has undertaken to broadcast for 10 years now, notably about the many benefits that sport can bring to build sustainable peace, especially through education and social inclusion for young people.

Mr Bouzou will speak during a session entitled ‘Peace and Youth: a powerful source of energy and engagement’ which will take place on Saturday 4 February. He will make his presentation alongside Nobel Peace Prizewinners Lech Walesa (laureate in 1983), Tawakkol Karman (2011) and Lisa Clark, Vice-President of the International Peace Bureau. 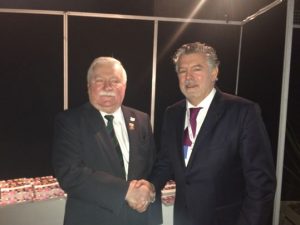 In parallel to this session, Peace and Sport is organizing a youth workshop in partnership with Futbol con Corazon called” Sport for Sustainable Peace: from theory to practice.”

Launched in 1999, The World Summit of Nobel Peace Laureates enjoys international renown and each year attracts prominent figures from the world of peace, including Nobel prizewinners, opinion leaders, students, international organizations and research professors from all over the world. This event acts a platform for debates about the importance of instilling youngsters with a genuine culture of peace, so enabling them to realize that they themselves are the future leaders of the movement. 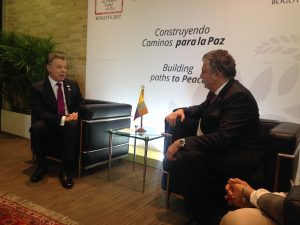 *Founded in 2007 by its current president, M. Joël Bouzou, Peace and Sport is celebrating its 10th anniversary this year.