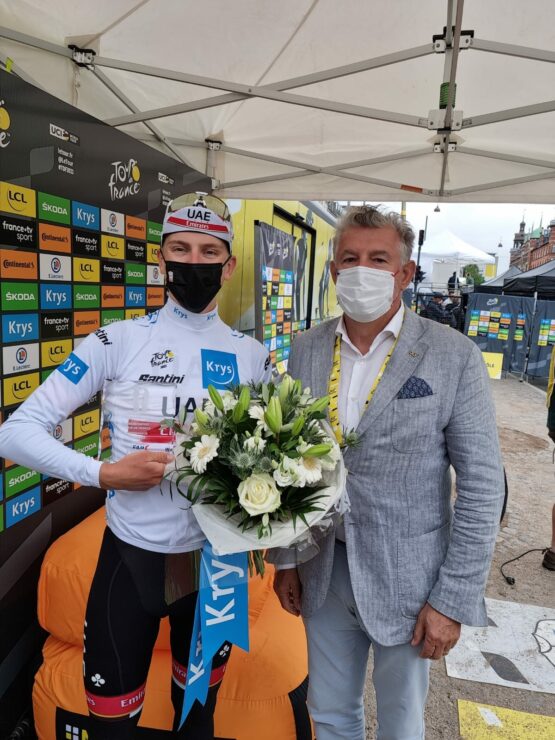 At the end of the individual time trial of the 1st stage of the Tour de France, in Copenhagen, the President and Founder of Peace and Sport, Joël Bouzou, presented the white jersey to the best young rider as well as a “WhiteCard” trophy, symbol of peace and fairness in sport.

The President and Founder of Peace and Sport, Joël Bouzou,said:

“Giving the white jersey to the best young rider during this first stage of the Tour de France as well as the WhiteCard trophy represents a bet on the future. At the start of a sporting career, it is a powerful appeal from youth to fraternity and dialogue in a tense geopolitical context. Congratulations to Tadej Pogacar for this victory. “.

“Cycling has intrinsic values, including fairness, team spirit, and solidarity, which shape the character of riders and contribute to social cohesion and inclusion. The presentation of the WhiteCard trophy at the same time as that of the white jersey demonstrates the support of the Tour de France and all the riders for the call launched by Peace and Sport to shape a peaceful world through the power of sport. »

Peace and Sport is a neutral and independent organization based in the Principality of Monaco founded in 2007 by Joël Bouzou, 1987 Modern Pentathlon World Champion and Olympic medalist. Placed under the High Patronage of H.S.H. Prince Albert II of Monaco, Peace and Sport takes concrete action to demonstrate the unifying, educational and social impact of sport through sports diplomacy initiatives and field programs with the support of the Champions for Peace Club.

Learn more about Peace and Sport