Peace and Sport organizes an international mobilization for April 6

With the 4th edition of International Day of Sport for Development and Peace, Peace and Sport is urging all stakeholders and supporters of the peace through sport movement to mobilize their efforts for the annual event.

To get as many people as possible involved, the organization is leading two initiatives:

The goal of this participatory and interactive tool is to bring together and promote all the initiatives led worldwide to celebrate sport for peace and development on April 6. 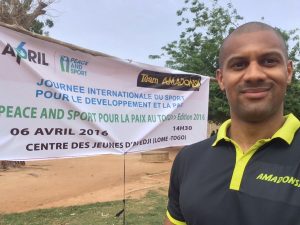 The goal of the campaign is to highlight the actors of the peace through sport movement, and to provide an opportunity for all those who believe in the power of sport to change the world, to rally their support around a symbolic gesture.

Getting involved couldn’t be easier: participants just have to take a ‘selfie’ or a group photo holding up a white card, just like a referee on a playing field. They then post the #WhiteCard photo on Facebook, Twitter or Instagram with the following hashtags: #WhiteCard #IDSDP2017.

This digital campaign is supported by the Champions for Peace and many other personalities. #WhiteCard operations will take place during major sporting events held this year.

For Joël Bouzou, President and Founder of Peace and Sport, “April 6 is a unique opportunity for the peace through sport movement to gain better recognition amongst the general public. This event is empowering sport to enjoy increased credibility about its capacity to address problems in society. Every day, new stakeholders are joining our movement, confident that sport can make a difference. Our objective this year is to firmly establish April 6 as an event that reaches out beyond the sports community, so that it also mobilizes the peace movement.”

Launched in late 2013 by the IOC and UN, April 6 successfully rallied the sports world for its first two editions. Peace and Sport’s online platform april6.org promoted 850 projects in more than 170 countries since its opening.

The organization’s #WhiteCard social media campaign was joined by many Champions for Peace such as Paula Radcliffe, Novak Djokovic, Sergey Bubka, Chris Froome and Yelena Isinbayeva, and reached nearly 28 million internet users since its creation. 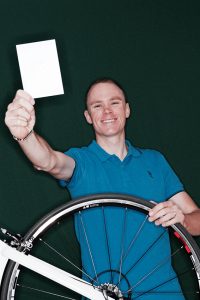