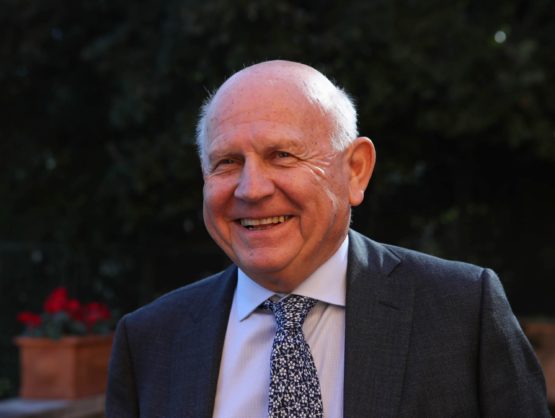 It is with deep sadness that Peace and Sport learned of the passing of Janez Kocijančič, President of the European Olympic Committees (EOC). Mr. Kocijančič was a long-standing supporter of Peace and Sport actions, as well as a visionary who contributed enormously spreading the positive power of sport for diplomacy. He was an extraordinary leader who encouraged European national Olympic committees to demonstrate that peace and hope for a better future begin where sport and youth converge.

Last December, the European Olympic Committees (EOC) presided by Mr. Kocijančič was honoured to announce that the Olympic Committee of Bosnia and Herzegovina and the cities of Sarajevo and East Sarajevo have won the coveted “Peace and Sport” Diplomatic Action of the Year award for their joint efforts in staging the successful 14th Winter European Youth Olympic Festival (EYOF). He was proud that the EYOF showed to the world that the country is capable of hosting major events when working together in harmony and with a single vision.

On April 6th, under his leadership, the EOC joined Peace and Sport mobilisation and called national Olympic committees across Europe to celebrate the International Day of Sport for Development and Peace and to promote the #WhiteCard campaign.

“Janez was a close friend of the Peace and Sport family. We will always remember his lifetime commitment promoting harmony and unity through sport. All our thoughts are with his family and friends” said Joel Bouzou, President and Founder of Peace and Sport.