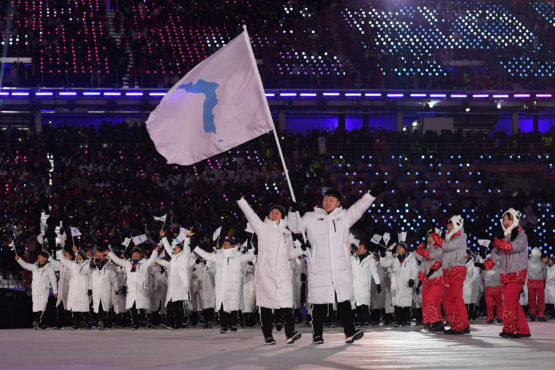 PyeongChang 2018 Olympic Winter Games will celebrate peace. The opening ceremony will see the North and South Korean athletes parade together behind the flag of unified Korea. In this perspective, Peace and Sport will bring its message through the voice of its President and Champions for Peace.

From PyeongChang, Joel Bouzou, President and Founder of Peace and Sport said:

“ In a world of tension, where divisions between peoples are constantly growing, sport remains one of the few areas of expression of a neutral and universal language, which allows to initiate dialogue. And the Olympics are the most wonderful showcase. The two Korea will present a joint team in the women’s ice-hockey tournament. On the rink, the players give up their differences. They are only Korean.”

Champions for Peace Charmaine Crooks and Aya Medani will also be there and will visit the Street Culture Festival where a Peace and Sport booth dedicated to the #WhiteCard invites participants to raise a #WhiteCard in support to the peace-through-sport movement. This Festival is organized by the Korea Street Culture Federation and is taking place 500 metres from the Olympic Stadium.

Peace and Sport promotes the unique power that sport has to unite people and create dialogue notwithstanding political, religious, or ethnical differences. In April 2017, with the support of the International Ice Hockey Federation (IIHF) and the Organizing Committee of the Olympic and Paralympic Winter Games of PyeongChang 2018, Peace and Sport gathered the players from both countries for a historic #WhiteCard picture, on the sidelines of a ice-hockey tournament qualifying for the 2018 Olympics. 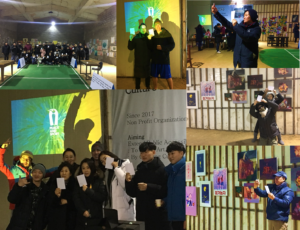