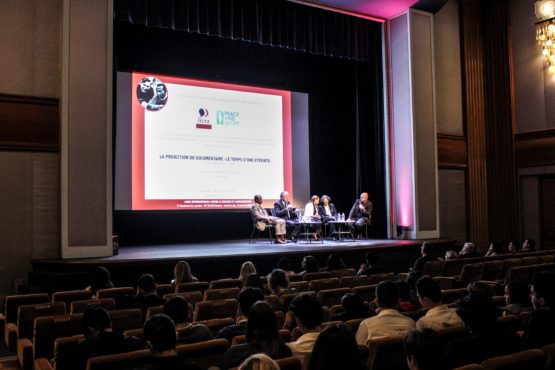 Peace and Sport and Licra Monaco joined forces to organize a symbolic day under the High Patronage of His Serene Highness Prince Albert II of Monaco, Friday March 29, as part of the Week of Education and Action against Racism and Antisemitism.

“We are very pleased to be associated with Peace and Sport as part of this symbolic day by honoring Josephine Baker. This great lady had an exceptional vocation: equally in her artistic career as in her personal fight against racism. She dreamed of a world without discrimination, a world of peace and unity. It is well known that the Prince’s Family, especially your mother Princess Grace, had built a true friendship with Josephine, which led to her being buried here in the Principality.”

In the afternoon, a screening of the documentary “Jesse Owens and Luz Long: le temsp d’une étreinte” was proposed to the students of the University of Monaco and the students of the Lycée Technique and Hôtelier de Monaco, Lycée François Assisi and Lycée Albert 1er. Mr. Joël Bouzou, President and Founder of Peace and Sport and President of the World Olympians Association, Mr. Eric Fissore, President of Licra Monaco and Mrs. Anita DeFrantz, Member of the International Olympic Committee, Olympian and President of Tubman Truth Project intervened to feed the debate.

Mr. Joel Bouzou, President and Founder of Peace and Sport and President of the World Olympians Association said:

« Jesse Owens et Luz Long : le temps d’une étreinte is a documentary on the unlikely encounter at the 1936 Berlin Olympics between a black American athlete, descendant of slaves, living under American segregation, and Luz Long, a German athlete from a bourgeois family under the Nazi regime. This meeting between Jesse Owens and Luz Long, carries a universal message. Their ethnic origins as well as their social origins could have separated them but it is the power of sport and that of Olympism that brought them together.”

The week of Education and Action against Racism and Antisemitism under the auspices of the UN was organized from March 18 to 24, 2019. It brings together the entire educational and pedagogical community, student organizations and high school students as well as associations engaged in the fight against discrimination, xenophobia, racism and anti-Semitism.