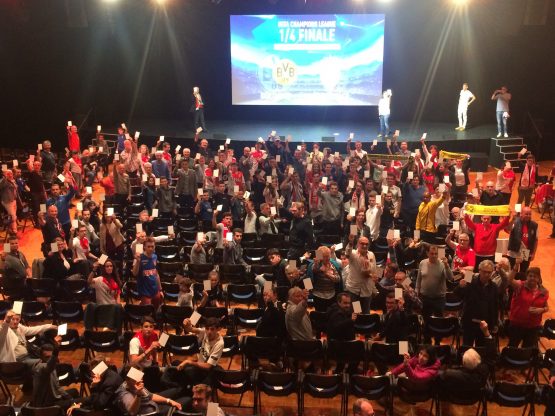 Peace and Sport and AS Monaco Rally Around the #WhiteCard Symbol

The day after the attack against the bus carrying Borussia Dortmund football players, expressions of solidarity have been pouring in. Peace and Sport and AS Monaco have in turn sent out a highly symbolic message by bringing together fans around the #WhiteCard.

At the initiative of Peace and Sport, an international organization under the High Patronage of H.S.H. Prince Albert II of Monaco, 800 supporters of AS Monaco met up to watch the quarter-final match of the Champions League between Borussia Dortmund and AS Monaco on a screen in the Principality, and held up #WhiteCards – a symbol of peace through sport.

The #WhiteCard campaign, which has the support of more than 43 million people around the world, invites athletes, International Federations and everyone connected to the world of sport and peace to take a photo holding a #WhiteCard and post it on social networks. This campaign coincides with April 6, the International Day of Sport for Development and Peace. This year, one of its major events brought together women’s Ice Hockey teams from North and South Korea, encouraging them to remain united around a common goal: world peace. 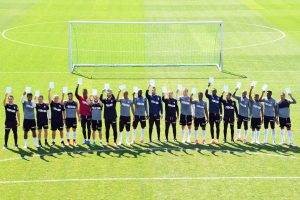