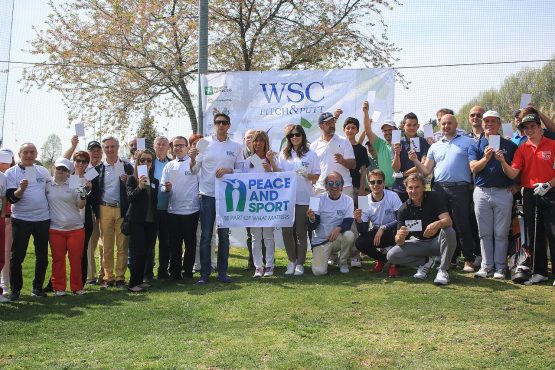 A “Peace and Sport Trophy” was organized this Thursday during the Pitch&Putt World Strokeplay Championship  2017 taking place in Busto Arsizio, Italy, from 30th March to 2nd April 2017.

This meaningful tournament, open to professional and local players, is inscribed in the framework of the world wide celebrations of April6, the International Day of Sport for Development and Peace (IDSDP). On this occasion, 120 world’s top golfers from 15 nations competed to promote the use of sport as a tool for development and social cohesion.

Talented golfers competing in the Pitch&Putt World Strokeplay Championship 2017, the top individual Pitch and Putt event, also joined the #WhiteCard campaign by participating in a collective #WhiteCard picture. The WhiteCard, a Peace and Sport digital campaign is a symbol of commitment to peace efforts worldwide through sports.

This initiative received the praise of the Italian Minister of Sport, Mr. Luca Lotti, who applauded the World Strokeplay Championship 2017 for being inscribed in the framework of IDSDP and for promoting sport as a tool for social development and Peace.

“Pitch and Putt has the particuliarity of being open to everyone, and of uniting people. It was a great pleasure today to see women and men, young and adults, abled and disabled people from all over the world participating, together, in this friendly competition” said Mr. Carlo Farioli, President of the International Pitch and Putt Association (IPPA).

The Peace and Sport Trophy represents the first step in the cooperation between the IPPA and Peace and Sport, following the signature of an MOU last January with the aim of promoting Pitch&Putt as a tool for social integration and Peace. 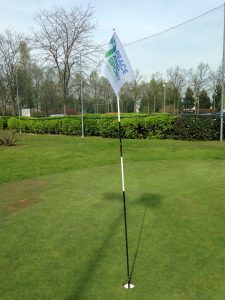 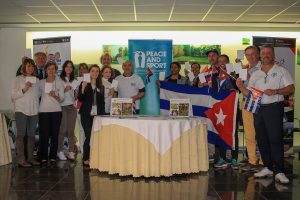