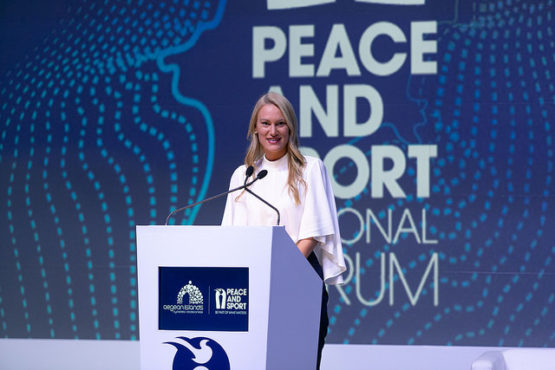 Marlène Harnois has succeeded Benjamin Boukpeti as Champions-for-Peace club Representative, a select group of high-level athletes within the Peace and Sport Organization, who are personally committed to the peace-through-sport movement.

The Champions for Peace club is made up of over 119 top athletes who are role-models, heroes, and sources of inspiration for young people around the world. Champions for Peace invest their time, celebrity and experience as athletes into projects that use sport to provide solutions to social issues.

Named Champion for Peace of the Year at the 2020 Peace and Sport Awards Ceremony, Lionel Messi is the latest athlete to join the Champions for Peace club, proof of his commitment to humanity and his fair play on the football pitch.