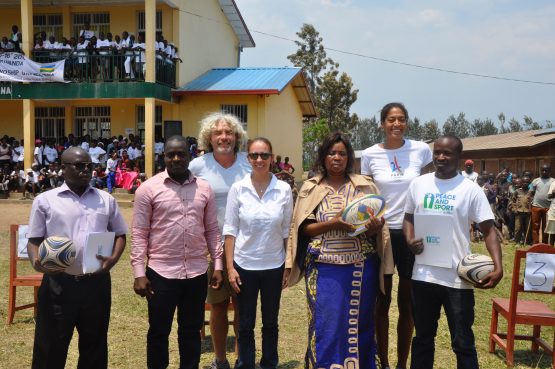 The 7th edition of the Friendship Games in the Great Lakes region of Africa took place from 14 – 16 October 2016, for the second time in Bugarama, Rwanda. These three days of trans-border sports events designed to promote peace brought together over 180 9-15 year-olds from Burundi, the Democratic Republic of Congo (DRC) and Rwanda. 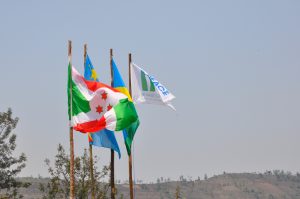 180 young athletes, 50 volunteers, 9 sports, 3 countries, 2 Champions and 1 goal: play sport to promote dialogue and peace. These figures sum up this 7th edition of the Friendship Games, an event initiated by Peace and Sport that has become a fixture in this area of the Rusizi Plain, which is particularly affected by conflict. 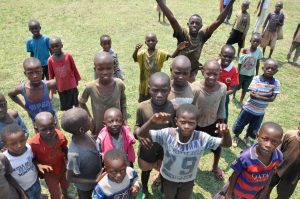 This year two Champions for Peace, Jean-François Tordo and Emmeline Ndongue, traveled to Rwanda to convey the sporting values of sharing and fraternity to young people from Burundi, DRC and Rwanda. 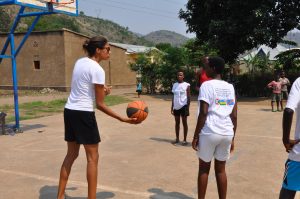 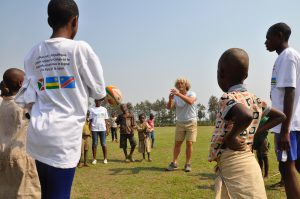 Jean-François Tordo, former captain of the French National Rugby Team, presented the oval ball to participants, notably by leading daily warm-up sessions and organizing demonstrations. For her part, the basketball player who won a medal at the London Olympics with her French team, and ambassador for the Paris bid in 2024, led two basketball sessions for the youngsters present.

The Friendship Games were also an opportunity to demonstrate the Adapted Practices Manual developed by Peace and Sport. Referring to the manual, many of the sports facilities were built on site using suitable equipment found there. 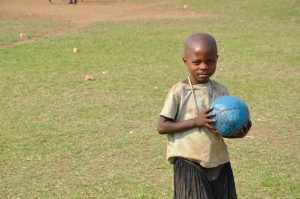 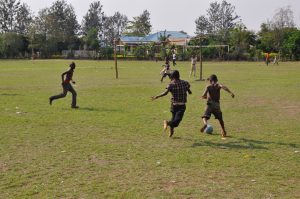 Nearly 90% of Peace and Sport’s budget to organize the Friendship Games came from various fundraisers: runners in the 2015 Nice-Cannes Marathon; the organizers of Fighting-Masters Monte-Carlo; two Peace Movers – Jérémie Logut and Yosi Goasdoué – and participants in the first ‘I Move for Peace’ Run, held in Monaco in October. THANK YOU ALL!

Browse  photos of the 7th edition of the Friendship Games: