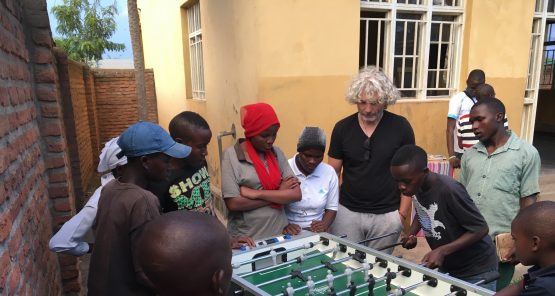 First day of action in Bugarama for the 2016 Friendship Games

The 7th edition of the Friendship Games of the African Great Lakes region has started today in Bugarama. Finalizing the sports field, welcoming the delegations from Burundi and the Democratic Republic of Congo, and preparing adapted material are part of today’s program for the 60 volunteers and 180 9 -15 years old representing the 6 Youth Centres and 3 countries of the region.

As the Champion for Peace and ex-captain of the French National Rugby Team Jean-François Tordo arrived yesterday in Bugarama with Olympic medalist and Paris 2024 ambassador Emmeline Ndongue, the final preparations for the 7th edition of the Friendship Games are going well in the Rwandan town who is hosting the event for the second year counting.

This morning, 40 volunteers met at 7.00 a.m. on the field located next to Bugarama’s Youth Centre to prepare the competition areas for the 9 sports of this year’s program: athletics, baby-foot, basketball (demonstration), football, judo, karaté, rugby (demonstration), table tennis and volleyball. With the help of Jean-François Tordo, the different fields of play were rapidly finalized and are now ready for the young athletes and the many spectators who are expected this weekend.

A few meters from there, inside the Youth Centre, other volunteers were also up early to prepare for this weekend’s action: the cooks. With 180 kids and over 60 membres of the organizing committee to feed, they prepared huge cooking-pots of local traditional food.

The first bus to arrive was coming from Congo, with around 15 kids glad to discover their dormitories for the next two nights and to meet the local students of the hosting school. The rest of the delegation will arrive afterwards, while the delegation from Burundi will set foot in Rwanda around 3.00 in the afternoon..

When all of the participants will have arrived, an adapted material workshop will take place to produce sports equipment and more than 500 #WhiteCards, the peace through sport symbol. These will be given out to the young athletes and the local population and will be used for a picture after the Peace Walk, organized in the streets of the city. The competitions will also start tomorrow.

“It’s a great pleasure to be here, in a country where more than 70% of the population is composed of youth, always cheerful despite their difficulties. I will introduce rugby to these kids who have never seen a rugby ball before. It will be a nice challenge. A great adventure is awaiting us for these next three days” said Champion for Peace Jean-François Tordo. 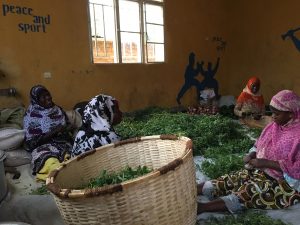 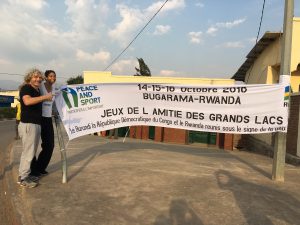 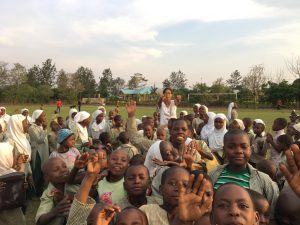