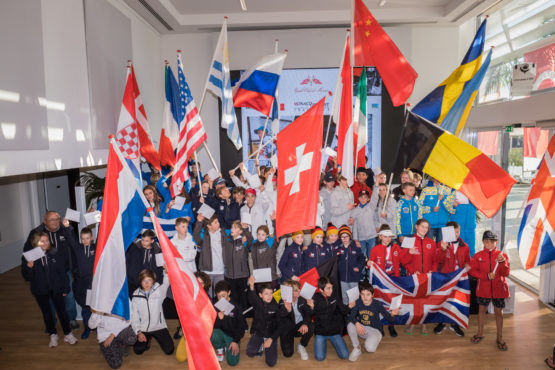 For the third year in a row, Peace and Sport and the Yacht Club de Monaco join forces to promote sport as a tool for social change in the Principality of Monaco during the Monaco Optimist Team Race. This year, the race gathered 80 young sailors from 20 countries who endorsed the #WhiteCard campaign during the opening ceremony.

Organized by the Yacht Club de Monaco, the Monaco Optimist Team Race has become a benchmark for young teams from all over the world. In an original format, this 11th edition enables participants to compete on equal terms in the form of duels. Equity, respect and mutual understanding will bring them together for four racing days. To mark their commitment to the positive values of sport, the young sailors posed together for a #WhiteCard photo – a symbol of peace and solidarity through sport.

Every year, the #WhiteCard campaign reaches millions of people across social media. The #WhiteCard is recognized as the symbol of the peace-through-sport movement which is used to celebrate the International Day of Sport for Development and Peace on April6 since 2013.