Sport, a key tool for integration and socialization among Ivorian youth 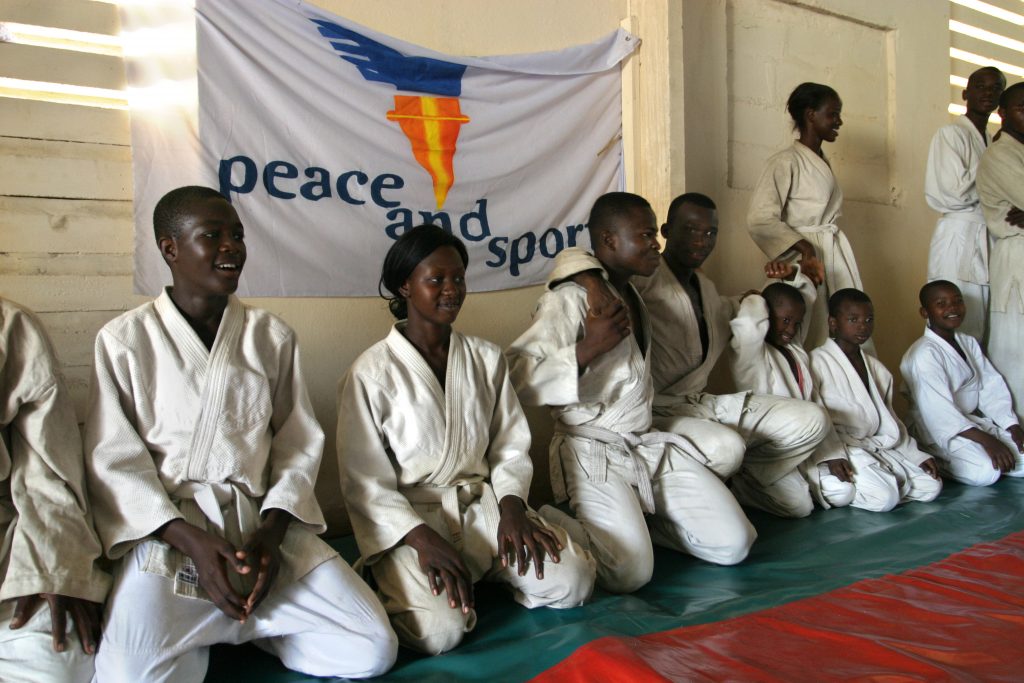 After the decolonization of Ivory Coast, the country enjoyed strong economic and social growth, before entering a period of stagnation in the 1980s. In 2002, a coup attempt developed into a full-scale rebellion and in 2011, the results of the presidential election plunged the county into chaos. As a result of the war, many children were separated from their families, displaced, traumatized, dropped out of the school and forced into vagrancy.

To tackle this situation, the Ivorian government launched a ‘National Program to Develop and Promote Sport for Peace Education’, which aims to use sport as a means of fostering a culture of democracy. In February 2008, the government, via the national sports movement, requested Peace and Sport’s cooperation.

Judo, Rugby and Athletics (including the joint hosting of a Half-marathon for Peace in Abidjan in 2011) 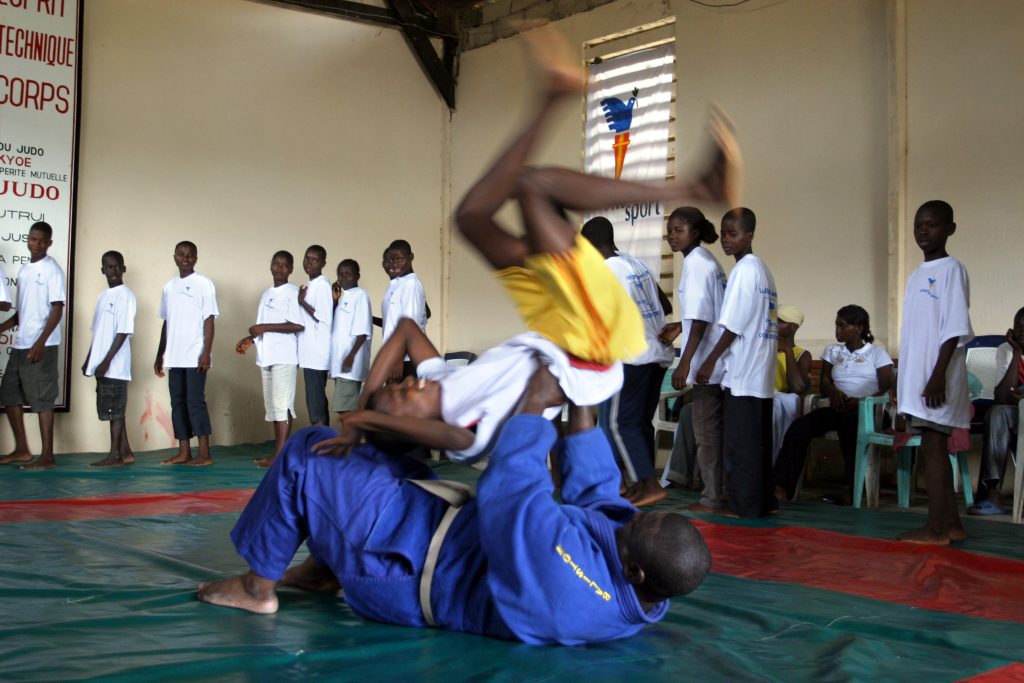 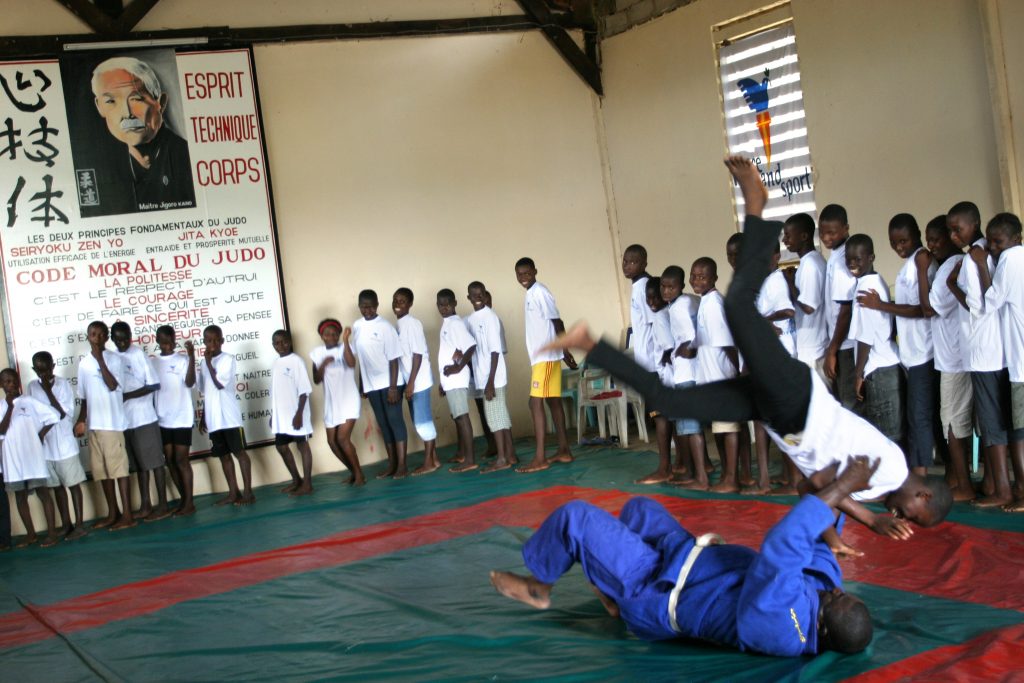 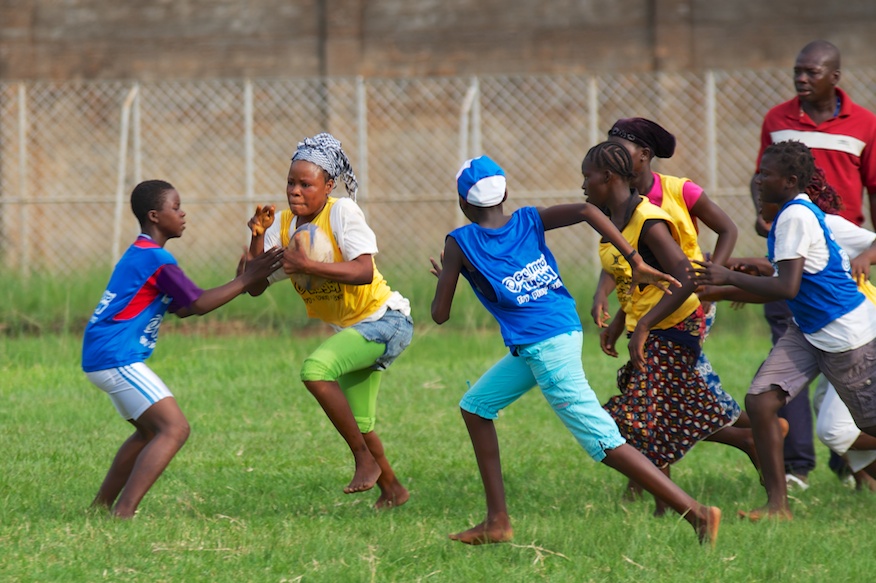 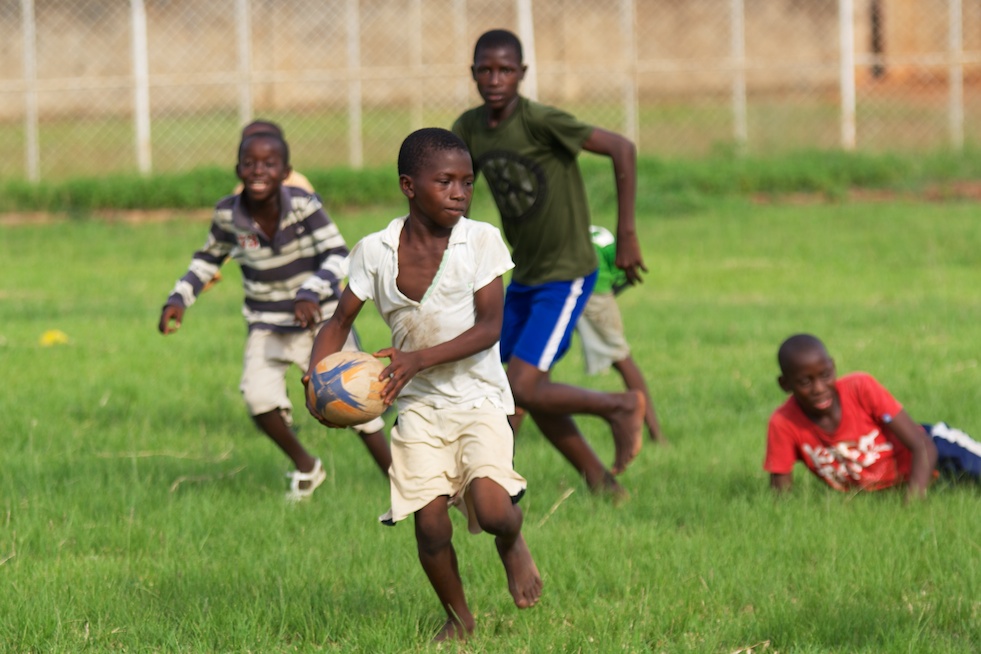 Isaac Angbo, Champion for Peace and President of the Ivorian Judo Federation

We take great pride in the Marcory centre. We have kids who started at the centre eight years ago when they were at school, and who have now completed secondary education thanks to the centre’s monitoring program. Judo has also enabled some of them to leave the country. Our best athlete, who finished fifth in the last African Championships, is a product of the Marcory centre. By replicating this type of centre around the country we’ll be able to raise the standard of Ivorian judo, but also educate local youth