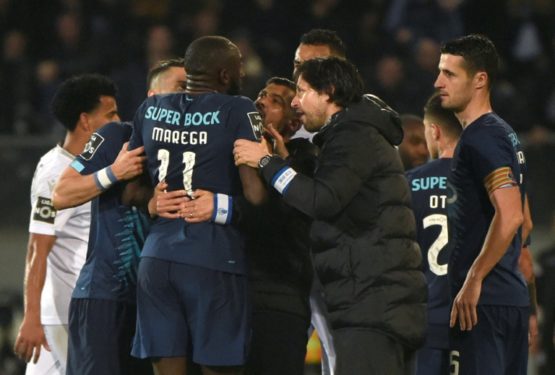 Portugese football and the country’s politicians were divided on Monday after Porto forward Moussa Marega was targeted with racist chants during his side’s weekend win at Vitoria Guimaraes.

Mali international Marega, 28, walked off the pitch in disgust after being subjected to a torrent of monkey chants after scoring the winner in the 2-1 victory against his former club on Sunday.

In the 71st minute, Marega signalled to his bench he was leaving the field in protest, as his coach Sergio Conceicao, teammates and some Vitoria players tried to make him stay on the pitch.

“We should all express our solidarity with him and a total refusal of this type of behaviour,” Portugese Prime Minister Antonio Costa said.

Portugal’s football federation said in a statement: “Moussa Marega was the target of racist insults which need to be severely punished.”

On the other hand the only far-right member of parliament Andre Ventura claimed Marega was in part to blame for the incident.

“Whether there were racist attitudes towards Marega or if Marega had provoked the Vitoria supporters, you have do condemn the two,” Ventura said.

“We celebrate the media machine which only saw ‘racism’ against a player but not the ‘racism’ from the same player,” the White Angels said on Facebook.

“We will be black and white (a reference to their kit colour), always! We will never be Marega and Conceicao,” the group added.

Portugese newspapers supported Marega in their Monday editions, with sports daily O Jogo writing “Crime” in its headline. A Bola said “We are Marega,” and Record used a football reference to show their backing of the French-born striker: “Marega 5 Racism 0”.

Speaking at the Laureus World Sports Awards in Berlin former Netherlands forward Ruud Gullit said Marega’s team-mates should have walked off with him.

“I blame the other players. They should protect him and make a stand. It shouldn’t only be the responsibility of the player affected. That’s what disappoints me the most,” he said.

“Provocations are part of football, but racist abuse is something different.”

Marega is expected to feature for his side in Thursday’s Europa League last 32 first leg tie at Bayer Leverkusen.