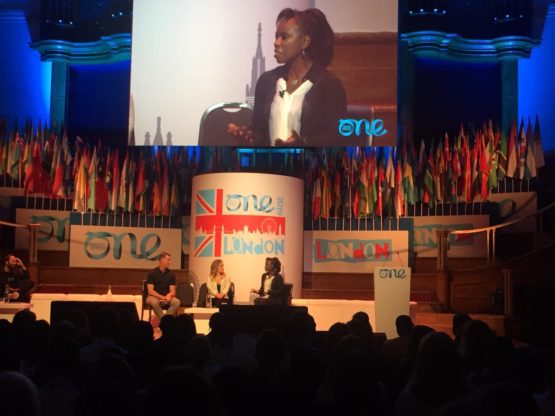 Figure skater and Champion for Peace, Surya Bonaly advocates at One Young World

Figure skating legend and Champion for Peace Surya Bonaly encouraged youngsters to become game changers and maximize the use of sport to tackle discrimination at the One Young World Summit in London. This year the annual Summit convened over 2,000 bright young leaders from more than 190 countries, working to accelerate social impact.

Sport for development and peace was one of the key themes highlighted during the four-day event. Alongside Surya, swimmer Olympic Champion Mark Tweksbury and five-time paralympian Ellie Simmonds shared their personal stories and reflected on the ways in which they have overcome obstacles.

Surya recalled her infamous one-legged backflip and claimed that black woman in white dominated sports have had it tough. “My sport- ice skating- is not accessible for all. If someone wants to practice it needs to have some economical resources. Today, more programs and funds need to be allocated to all those little girls and boys who dream about skating.”