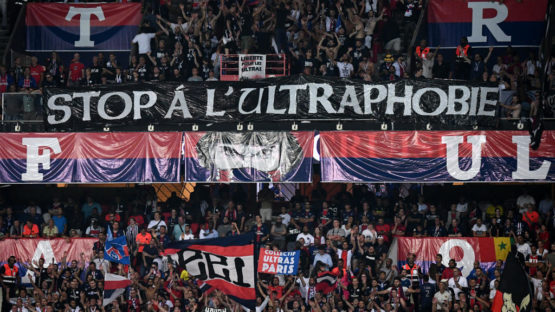 ‘Too many’ matches stopped for homophobia: French FA chief

The head of French football has pulled away from a hardline stance against homophobic chanting and banners in stadiums on Friday, saying that “too many matches” have been stopped due to anti-gay abuse.

Noel Le Graet, president of the French Football Federation (FFF), said that the FFF would not instruct referees to stop matches except in cases when a “whole stadium” was guilty of homophobic chanting.

“I think we’re stopping too many matches! That makes certain government ministers happy, but it bothers me. Football can’t be taken hostage by vulgarity,” said Le Graet in an interview with newspaper Ouest-France.

Several matches have been temporarily halted in France this season after the French football League (LFP) introduced over the summer plans to tackle fan homophobia during matches, including allowing referees to stop games.

“Matches have been stopped when they shouldn’t have been,” Le Graet continued. “We will stop them if there is consistent homophobic abuse from the whole ground, but if among 30,000 people there are 2,000 imbeciles I don’t see why the other 28,000 should be punished.”