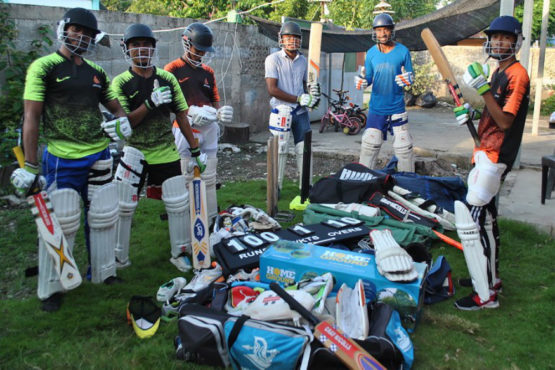 Navigating pigs and goats as they practise on a dusty paddock, a group of young East Timorese are hoping to copy the fairy-tale rise of Afghanistan by making it as Asia’s latest emerging cricket nation.

In the impoverished, once war-ravaged country, which only gained independence from Indonesia in 2002, the manicured pitches of Lord’s are a world away for aspiring cricketer Juvelino Mique “Micky” Rama Pinto, 16.

His 14-year-old batting partner, Joana Gonsalves Borges, has seen cricket on TV and is excited by “watching big sixes and wickets being taken”. Like Micky, she wants to play for East Timor.

The vision to turn soccer-obsessed East Timor on to cricket originated with Mark Young, who played at league level in Lancashire and Gloucestershire before emigrating to New Zealand in 1997.

Young and a Pakistani colleague, Muhammad Tayyeb Javed, argue that East Timor can use cricket as part of its revival just like Afghanistan, whose players learned the game in refugee camps but have risen to the elite Test level.

East Timor, one of the world’s youngest nations, is still suffering the effects of a violent, decades-long independence struggle which destroyed infrastructure.

With high levels of poverty, one of the world’s worst rates of malnourishment and 60 percent of its 1.3 million population under the age of 24, there is an urgent need fro new opportunities for young Timorese — including, now, cricket.

Management consultant Young and his partner, Lara, came to East Timor hoping to help the country after first working in India, where he said “the poverty there left a big impression on us”.

Through the Volunteer Service Abroad (VSA) aid agency, Young was placed in East Timor as an advisor to a government organisation tasked with diversifying the economy.

Walking to work one morning in Dili, Young noticed a group of youngsters playing cricket with homemade bats and stumps.

They had been taught the basics by Tayyeb, who lived in Dili with his Timorese wife Mariana Dias Ximenes — a marathon runner who represented the young country at the 2008 Beijing Olympics.

“I contacted him and we are now working together to develop cricket in Timor,” Young told AFP. “We now have over 100 young Timorese playing the game, 40 percent female.”

“We have exciting plans to take a representative team to Bali in April 2019 and one day be the newest ICC nation in Asia,” he said.

“Our inspiration is Afghanistan, another post-conflict society who only started playing seriously 20 years ago and are now highly ranked in world cricket, number eight in Twenty20.”

Every Sunday a group of excited, grinning teenagers pack the back of a small truck in the city of Ermera for the one-hour journey to practise at a makeshift cricket field in Dili, the national capital.

In addition to the scores already playing, Young estimates there would be at least 100 more youths involved if he had sufficient equipment.

“Cricket is giving the young Timorese a sense of purpose in a society where there is much poverty and many people struggle with day-to-day living,” Young said.

The group played its first tournament in December with four teams, and coverage by national media.
“They were interviewed afterwards and felt really special. A lot of tears of joy and that was a really cool moment,” Young recounted.

A national body — Federacao de Criquete East Timor — has been established with a strategic plan that talks of “young Timorese people using cricket to grow and fulfil their potential”. Post-war Afghanistan is mentioned as an example.

The next step is to raise enough money to send a team to the upcoming Bali Sixes tournament and to start a home league of four teams who will play each other on a regular basis.

“Cricket can be a vehicle for change and have a positive impact on people’s lives,” Glenwright said.
“This is also particularly true in East Timor and we are excited to see the developments in the coming months.”

Young is using his contacts in New Zealand and a public fund-raising campaign to secure equipment and a portable pitch, which he believes will make a massive difference to the young players’ skills.

Micky, who lists Virat Kohli and Brett Lee among his heroes, is already dreaming about playing for East Timor. “I want to have the opportunity to play for my country, which would make my country very proud,” he said. Joana says she doesn’t know much about world cricket yet but adds: “I like to try to practise most days.
“I’ve never been outside East Timor but I want to play cricket for East Timor one day.”