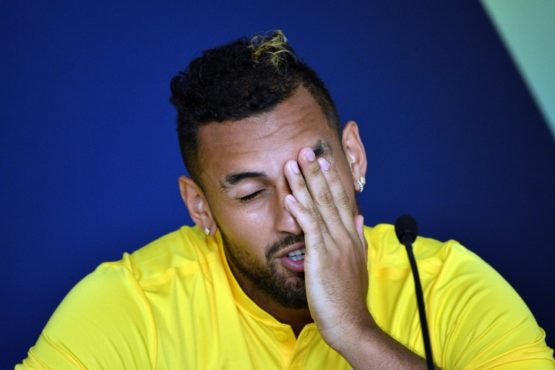 Australia’s tennis chief announced a series of fundraisers for victims of raging bushfires on Thursday after an appeal from bad boy Nick Kyrgios.

Kyrgios, often a controversial figure in the sport, called for an exhibition tournament before the Australian Open Grand Slam, after blazes that have claimed 18 lives and forced mass evacuations.

“C’mon @TennisAustralia surely we can do a pre @AustralianOpen exho to raise funds for those affected by the fires?” tweeted the 24-year-old, who has handed a 16-week suspended ban in September after a series of outbursts.

Tennis Australia CEO Craig Tiley responded by saying fundraisers would be held during tournaments including the Australian Open and the ATP Cup team event, telling fans to “stay tuned” for details.

“For weeks we’ve been watching the devastation caused by bushfires across Australia and the people affected are constantly in our thoughts,” said Tiley.

“We want to help these communities in a meaningful way and will announce a number of fund raising and support initiatives that will be rolled out across the ATP Cup, Australian Open and our other events over the coming weeks.”

Kyrgios, in Brisbane for the inaugural ATP Cup team competition, said the tennis world now had the chance to do “something special”.

“Tennis Australia, obviously, has been pretty proactive about it,” Kyrgios said Thursday.

“I’m sure something will happen. I’m sure all of us will be involved in some way,” he added.

The bushfires are the major talking point ahead of the 24-team ATP Cup, which is being held in Brisbane, Perth and Sydney.

World number two Novak Djokovic, who is based in Brisbane with Serbia, visited a koala sanctuary and said it brought home to him the devastation wrought by the fires.

“It’s very sad to know how many people & animals have lost their homes to the bushfires. My heart and support goes out to all those affected,” he tweeted.

ATP Cup officials will be relying on on-site medical experts to monitor air quality in Sydney, where cricket and golf events have been affected by haze from the fires in recent weeks.

However, players based in Sydney for the tournament said they weren’t worried about smoky conditions.

“Obviously we’re concerned about that (the bushfires), but we’re all ready to play,” said Bulgaria captain Grigor Dimitrov, a sentiment echoed by world number 11 David Goffin.

“I think we are in a safe area for smoke and the air is okay for us,” said the Belgian.

“We didn’t feel it that much for the moment, the quality of the air. I think it should be okay for the matches.”

Tim Henman, who is captaining a British team missing Andy Murray through injury, said playing in potentially poor air was nothing compared to the problems faced by fire victims.

“I think in the context of what this country is going through with the bushfires and for us having to deal with perhaps slightly poor air quality, I think there is the perspective,” he said.

“I don’t envisage it being a problem at all.”

Australia is no stranger to bushfires, but this season’s blazes have been severe with more than 1,300 homes destroyed and over 5.5 million hectares (13.5 million acres) scorched.