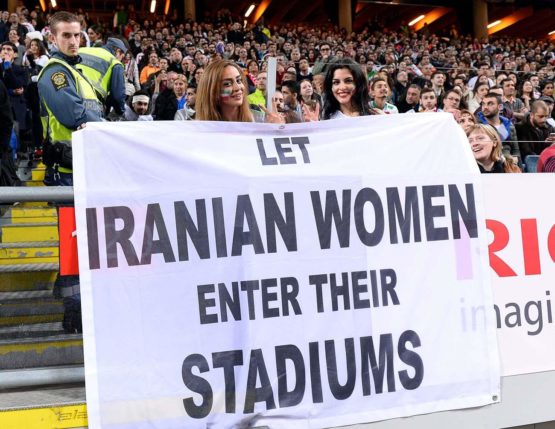 Iran‘s judiciary has been asked to investigate the death of a woman football fan, state media said Tuesday, after she reportedly self-immolated because she feared imprisonment for trying to enter a stadium.

The country’s vice president for women and family affairs, Masoumeh Ebtekar, asked the judiciary chief to look into the case in a letter, the state-run Iran newspaper reported.

Sahar Khodayari, 30, was arrested last year when she tried to go into a stadium dressed as a man to watch her favourite team, Esteghlal FC, the Varzesh 3 sports news outlet said, citing her sister.

Dubbed “blue girl” because of Esteghlal’s colours, she set herself on fire outside the court last week upon hearing from someone there that she would be going to prison for six months, it said.

The judiciary’s Mizan Online website said on Tuesday that no sentence had been issued since there had been no trial and the judge was away on holiday.

The death of Khodayari sparked an outcry online, with many calling on world football‘s governing body FIFA to ban Iran from international competitions and for fans to boycott matches.

Pictures said to be of her in hospital covered in heavy bandages have been shared widely on social media.

“The women of our land are better than men,” he wrote alongside an image of a woman with a football for a heart and flames over her head.

“The tragic death of our beloved child, Ms. Sahar Khodayari, has caused much sadness and regret for Esteghlal FC,” it said in a statement.

“We offer condolences to you and your relatives, ask God for mercy and forgiveness and also patience and health for your family and all soccer fans.”

The judiciary’s news website said her body had been handed over to her family, who live in Qom, south of the Iranian capital.

Iran has come under pressure from FIFA to allow women to attend qualifiers for the 2022 World Cup, reportedly giving it a deadline of August 31.

Its sports ministry said last month that women fans would be allowed into the stadium when Team Melli — as the national team are known — play their next home game in the qualifiers.

“Women can go to the Azadi stadium on October 10, 2019 to watch the match between the Iranian national team and Cambodia,” Jamshid Taghizadeh, the sports ministry’s deputy for legal and provincial affairs, was quoted as saying at the time.

Iran has barred Iranian women spectators from football and other stadiums since 1981, with clerics arguing they must be protected from the masculine atmosphere and sight of semi-clad men.

The ban is not written into law or regulations but is “ruthlessly enforced” by the country’s authorities, said Human Rights Watch, calling it a “clear violation of the rules in FIFA”.

In a statement issued on Monday before reports of Khodayari’s death, HRW said her case underscored “the need for Iran to end its ban on women attending sports matches — and the urgency for regulating bodies like FIFA to enforce its own human rights rules”.

The authorities in Iran have allowed foreign women to go to matches in the country in the past.

While a small number of Iranian women have attended select international matches on previous occasions, others have faced prosecution for entering stadiums at other times.