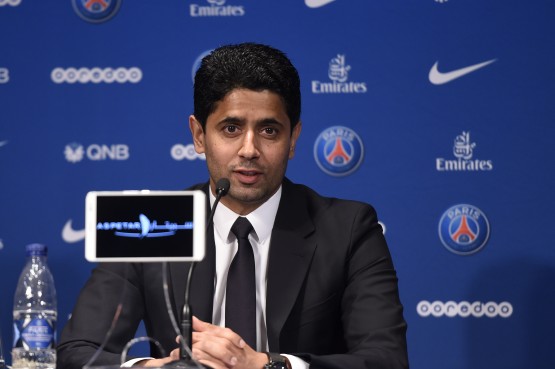 French champions Paris Saint-Germain will donate one million euros ($1.12m) to two associations, through their foundation, put into place to help the influx of?refugees?across Europe, the club announced on Wednesday.

“The Foundation will commit to long term assistance alongside French Popular Relief and the UNHCR with the goal of creating solidarity projects in France and internationally,” said the club in a statement.

“The Foundation will transfer one million euros to these organisations that will be funded by club revenue.”

The announcement on Wednesday follows a series of donations and projects put into place by top clubs around the world such as Real Madrid, Roma and Bayern Munich after the arrival of thousands of?refugees, many from war-ravaged Syria, into Europe over the past weeks.

Clubs have committed to giving one euro per ticket sold in their first continental matches this season, the ECA announced.

All 80 clubs have committed to the initiative with the money — estimated between 2-3 million euros going into a fund created by the ECA.

Elsewhere, Bayern Munich stars Javier Martinez and Mario Goetze appealed for internet users on Twitter to join the solidarity movement to help the masses of?refugees?from as far as Syria, Iraq and Somalia who have been arriving in Munich since last weekend.

“Today, I continue with #RefugeesWelcome. We are involved in this challenge,” wrote Martinez, who handed out clothes and footballs to?refugees?at the city train station last weekend, while other Bundesliga clubs, such as Borussia Dortmund, Schalke, Mainz and Borussia Moenchengladbach have made substantial donations.

On Saturday, Real Madrid announced a donation of one million euros to?refugees?that have arrived in Spain and provided shelter while Bayern Munich announced a similar proposal and also introduced other money-making projects.