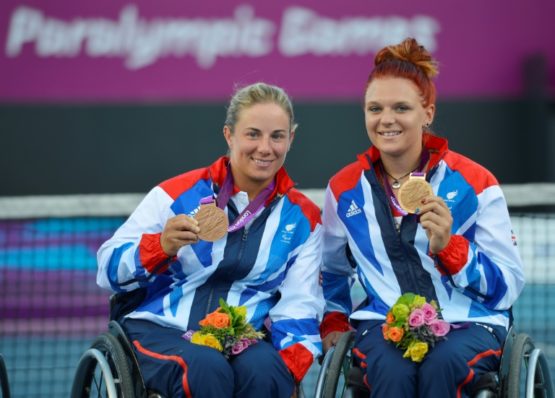 The dream of a dozen female athletes to represent Team GB at the Paralympics is hanging by a thread as the charity scrambles to find the money to sustain them for another year after the Games were postponed due to the coronavirus pandemic.

Indian philanthropist Anita Choudhrie’s struggle to fund her Path to Success charity illustrates the wider problems faced by charities and Paralympic sport as a result of the chaos wrought by COVID-19.

Choudhrie launched the Path to Tokyo programme on International Women’s Day two years ago to inspire a new generation of British female parathletes.

2020 should have been a significant year for them as they chased medals and glory in Japan.

“To see all the athletes having to return home (from training camps and qualification events), not knowing when they are next going to be able to compete, was extremely hard,” said Choudhrie, who lives in London.

“In spite of not having the funds to carry on we have fulfilled our commitment to our athletes,” she said, referring to the training expenses required for 2020.

“With the added publicity around the Paralympics we were hoping to be able to extend our programme. However, now we are having to concentrate on keeping the charity running in the short term.”

Choudhrie, who was inspired by her Delhi-based doctor grandfather to embrace charitable projects, explained that funding relies heavily on two annual showpiece events — an indoor wheelchair basketball tournament, which has been indefinitely postponed, and a fundraising gala, which is on hold.

“In the absence of both these events, we are now depending largely on the generosity of individuals to help meet our £200,000 annual budget,” said Choudhrie.

“However, understandably so are a lot of other charities.

“We have already lost around £50,000 and we estimate that we have around four months until the charity runs out of money, so it’s an extremely worrying time for us.”

Choudhrie, who is also trying to raise funds through social media, said British finance minister Rishi Sunak’s announcement of a £750 million package of support for charities was welcome.

“Whilst this package is a step in the right direction, we are very concerned that it will not be enough to stretch to all and prevent small, hardworking charities like Path to Success from closing their doors,” she said.

“We don’t have any major celebrity backers or big organisations behind us, so our fundraising activity is crucial to enable us to carry on supporting these brilliant athletes.”

Her anxiety for the athletes is not just what an extra year means for their funding but also whether some may miss the quadrennial event for health reasons.

“I am extremely concerned about their mental and physical state for this unknown year ahead,” she said.

“This has been especially devastating for the athletes we support who are living with a degenerative disease such as multiple sclerosis.

“For them, a lot can change in a year with regards to their personal health, and so our hope is that they will be strong enough to fulfil their ambitions of competing at the Tokyo Games next year.”

Wheelchair tennis star Lucy Shuker, a two-time Paralympic bronze medallist in women’s doubles who is supported by Choudhrie’s charity, sees the postponement as a glass half full situation.

“Of course the Paralympics being postponed is a big game changer but really it depends how you look at it,” the 39-year-old told AFP.

“I’ve tried to see the positive in that it is another year to work hard, to better myself and hopefully get stronger.

“However, there is certainly a knock-on effect in terms of funding this extra year.

“Tennis is an expensive sport as we travel extensively throughout the year to compete on the international tour.”