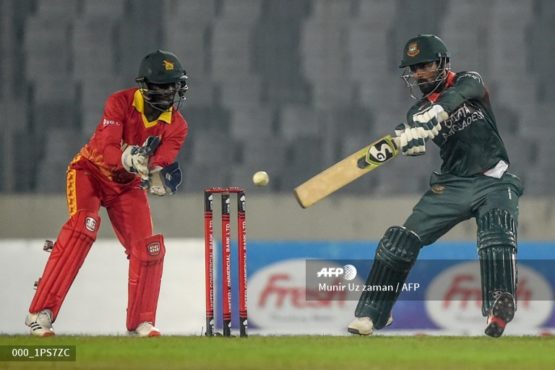 Bangladesh cricketers are to return to the scene of the Christchurch mosque massacres two years after the tragedy, New Zealand cricket said Tuesday.

They are among four international teams confirmed to play in New Zealand over the coming months.

Bangladesh are scheduled to play a one-day international in Christchurch on March 17 and are likely to be in the city on March 15, two years to the day after a gunman killed 51 Muslim worshippers at two mosques and wounded another 40.

The gunman began his murderous rampage at the Al Noor Mosque, opposite the Hagley Park cricket oval, just as the mainly Muslim Bangladesh team arrived for prayers before practice on the eve of the second Test against New Zealand last year.

As the players were about to enter the mosque, a woman warned them that there was shooting inside and players took cover on the floor of their bus.

“We were very lucky because we were not inside that place,” team manager Khaled Mashud told reporters.

“We saw it from outside, like watching a video, like in the movies. We saw many people coming out bloodied.”

None of the players were injured and the team returned home the following day after the Test was cancelled.

New Zealand Cricket chief executive David White said series against Bangladesh and Australia were yet to receive government approval but he was “confident” they would.

The government last week gave the green light for the West Indies and Pakistan to arrive under strict quarantine conditions for their first 14 days in the country due to concerns over the effects of the Covid-19 pandemic.

“I’m thrilled to be making this announcement today, given the uncertainty and difficulties over the past six or seven months,” White said.

“We owe a huge debt of gratitude to the New Zealand government for helping us navigate this complex process.”

Included in the schedule are four Tests, two against the West Indies and two against Pakistan, the first of which will be a Boxing Day Test at Tauranga’s Bay Oval.

New Zealand are currently fourth in the inaugural Test Match Championship standings — behind India, England and Australia — and just ahead of Pakistan with the West Indies seventh.

White said New Zealand Cricket was aware of the challenging circumstances many people found themselves in as a consequence of the Covid-19 crisis and would be reducing ticket prices by nearly 50 percent to acknowledge this.

“It might sound counter-intuitive to be lowering ticket prices at a time of great additional cost and expense to the game, but we think it’s the right thing to do.”

When the teams arrive in New Zealand they will spend their required 14-days quarantine in Christchurch where they will be able to train at NZC’s high-performance centre in Lincoln University.